How about a little common sense?

Watch the video about electric cars and the future 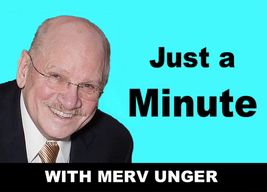 Tolerance means including everyone, not just a select few

The woke gospel is beginning to test my tolerance. If you’re not singing from their songbook apparently you are evil and doomed to purgatory. We used to be able to disagree and still respect each other. Now the self-righteous in our midst spew hate when opinions clash. Media preach tolerance and love but do not follow their own sermonizing as they preach hate and intolerance.

That vitriol is coming out after NHL player Ivan Provorov chose not to participate in a social engineering ceremony before a game. It doesn’t matter what the topic of the event was, that’s not the issue.

The bleeding heart political correctness in sports leagues and media screams inclusivity while in practice they exercise exclusion. Diversity and inclusion mean including everyone of every stripe and color, not just the selective flavour of the day. We can all have our own thoughts on any issue, and we have a right to our beliefs.

This is not a commentary on the event which the player opted out of, but the lecturing that nobody has a right to a differing point of view, especially when based on religion. Shame on these condescending twits and their venomous delusionary belief that their views are on a higher plane.

Thankfully, reason appears to ride with the majority. After the furor over the incident, Povorov’s Philadelphia Flyers jersey sold out immediately on internet marketing sites – I’m told at $235 Canadian, eh? 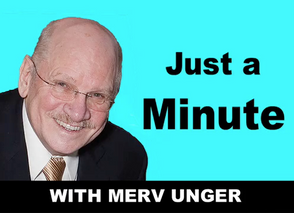 You're only as good as

the promises you keep

When David Eby was a candidate for the leadership of the B.C. NDP and the premiership he was very generous with promises of what he intended to for our province.

Now he’s doing a fancy two-step. It didn’t take him long to backtrack on what he had offered.

Rob Shaw, who covers the Legislature, writes Eby is walking back two key promises from his leadership campaign – a new provincial mental health facility, and a proposal to involuntarily detain people who overdose for medical treatment.

Eby says that may not happen now that he’s taken office, despite the proposals being early centrepieces of his leadership bid and areas in which he’s made very specific pledges for action. “Eby said his leadership ideas were just that – ideas that he’s now turned over to more knowledgeable experts to figure out whether they are viable or should be shelved in favour of different solutions,” writes Shaw.

That’s not sitting well with a lot of people across the political spectrum who had high hopes for positive action on those two issues. An NDP friend of mine was unequivocal that Eby “bloody well better not back down. He has to step up or it will Premier Falcon. And I am so sick of all of this I don’t care who does it as long as they do it. Local small facilities I absolutely support but with secure involuntary care.”

That’s the reaction from more than just a few people. In the meantime our new premier is busy shovelling out even more goodies. They sound promising, all shiny and sparkling, but will be keep his word?

There are statistics and then there are damned lies

A Toronto researcher was awarded a grant by the Canadian government to study the safety risks of unvaccinated drivers. The professor got a grant from the Natural Sciences and Engineering Research Council of Canada titled "Encouraging Vaccine Confidence in Canada."

Statistics can prove anything you want them to. He looked at medical records of people who were hospitalized after car accidents, and found that 25 per cent of the accidents involved unvaccinated individuals. Let’s see now, that then means 75 per cent were vaccinated drivers.

He concluded that the "risks" might justify changes to driver insurance policies in the future. Ah ha, that’s the bottom line. FULL STORY.

Sunday was the first night of Hanukkah or Chanukah, marked by Jews around the world. Central Vancouver Island Jews held a menorah lighting ceremony in Nanaimo on Sunday. The celebration ends on Dec. 26.

The eight-day celebration commemorates the rededication during the second century B.C. of the Second Temple in Jerusalem, where according to legend, Jews had risen up against their Greek-Syrian oppressors. Eight candles of the menorah symbolize the number of days that the Temple lantern blazed; the ninth, the shamash, is a helper candle used to light the others.

Families light one candle on the first day, two on the second, and so on, after sundown during the eight days of Hanukkah while reciting prayers and singing songs. Hanukkah lasts for eight nights to commemorate how long the holy light burned. 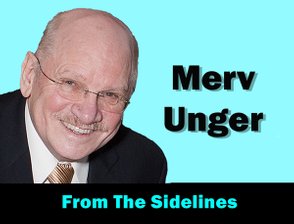 Crypto currency has been in the news quite a lot recently, what with one of the biggest companies crashing. I have never bought into the concept of buying smoke and mirrors, so I was really interested in an annonymous presentation I ran across recently. It totally lays out how crypto currencyworks, in Layman's terms.

Not long ago a merchant found a lot of monkeys that lived near a certain Village.

One day he came to the Village saying he wanted to buy monkeys. He announced he would buy the monkeys at $100 each.

The villagers thought that this man must be crazy - how can somebody buy stray monkeys at $100 each? Still some people caught some monkeys and gave it to this merchant and he gave $100 for each monkey. The news spread like wildfire and people caught monkeys and sold them to the merchant.

Then the merchant announced that he is going on holiday for a week, but when he returns, he will buy monkeys at $1,000 each. He also said that his employee will be in charge, and would take care of the monkeys he bought pending his return.

The Merchant went on holiday. The Villagers were frantic and very sad as there were no more monkeys left for them to sell it at $1,000 each as was promised by the Merchant.

The next day the Villagers queued up near the monkey cage. The employee sold all the monkeys at $700 each. The Rich bought monkeys in large lots. The poor borrowed money from money lenders and bought the rest of the monkeys. The Villagers took care of their monkeys and waited for the Merchant to return.

However nobody came. Then they ran to find the employee. However he was not to be found. The Villagers then realized that they have been duped buying the useless stray monkeys at $700 each, and were now unable to sell them.

This monkey business is now known as Bitcoin.

A lot has been made of affordable housing for the past few years as prices soared into the stratosphere. Many people, especially politicians, wax eloquent about how we can get home ownership, or even rental, in the financial range of most people.

Governments keep poking into the home building industry with countless plans that never seem to amount to much, if anything. All are related to someone else picking up the tab, the concept of “government can fix all problems by throwing money at them”. The sad reality is it has not worked.

While I served as a city councillor in Nanaimo, one of my portfolios was working on homelessness, especially for people requiring low-barrier housing. My first co-chair was Diane Brennan, and in the next term it was Fred Pattje. Together with those two dedicated councillors, in the face of a lot of neighbourhood opposition, we were able to get close to 150 housing units for those vulnerable people in our city.

The concept at the time was quite simple. The city provided serviced and zoned land at no cost. The province paid for the housing to go on that land, with the management of those properties contracted out. There will always be slight hitches, but the projects in Nanaimo have worked well.

At the time we tackled this, homeless counts were usually close to 50 people at any one time. After the city and the province provided that housing for about 150 people, the census on the street reveals in the vicinity of 100 or more homeless people. Is it possible to ever provide enough services, will we ever catch up?

Reflecting on that experience and the focus on affordable housing almost everywhere, how can society lower the cost of housing in a free market? It’s easy to assign blame, especially to foreign buyers, but that’s not bringing us any closer to a solution. Blaming someone is easy, solving the problem is more difficult. Is it totally up to government to continue to write the cheques to cover the costs, with no end in sight? The concern over affordability is not about homeless citizens but those who are employed but the cost of housing is simply out of reach. They can and are willing to pay, but it has to be within their budget.

A new approach could very well draw on the experiences of the approach toward homelessness. For years developers have been required to set aside certain portions of their projects for park and recreation sites, their contribution to the community in return for the right to build. Parks are nice, a roof over your head is more practical.

How about changing that philosophy and encouraging developers to contribute to an affordability fund or actually building facilities to provide more affordable housing? As in the example above, the municipality could provide zoned and serviced land. The builder could put up the lower-cost housing as a contribution toward more affordability.

Designating city-owned land for such projects is one of the main planks in this concept. For many home owners in Nanaimo, this year was the first time that their tax assessments showed the land portion was greater than the house. That then tells us a lot more about affordability than the actual cost of construction.

The city of Nanaimo is land poor, but over a period of time could develop a land assembly process where it could build up its inventory. Nothing happens overnight, we have to start somewhere.

Habitat for Humanity is a non-profit organization that builds homes, often with municipal help, and makes them available to lower income families through “sweat equity” where the families that qualify earn their down payment. The only downside of this concept is that it is a non-profit and cannot meet the demand that exists throughout the province and the country. It results in a couple of projects a year, far from meeting the demand.

There may be some holes in the idea of having builder-developers giving a community contribution to the municipality for the opportunity to develop, and challenges for the municipalities, but nothing else appears to be working. Housing for the homeless has not been totally solved, but what was done has made a big dent in the problem. Why not give it a try as it relates to affordability, or at least devote serious investigation of the idea?

Does anyone have a better idea?